02
Mar
On March 16, representatives of Ilex team and local and trade associations, together with the Mayors of Aterno Valley Municipalities and the Regional Councilor Lorenzo Berardinetti, met Riccardo Castellini, member of the Mediterranean Model Forest Network Secretariat (MMFNS).
It has been the occasion to deepen the opportunity in turning the Medio Aterno Area into a Model Forest and to better understand the institutional procedures to become part of the Model Forest International Network.
In this occasion the Abruzzo Region rappresentative Lorenzo Berardinetti, confirmed the Abruzzo Region interest in this project and its will to start the formal procedure to support it.

Next step of the project will be to draw up a Memorandum of Understanding that, later on, will have to be signed by the Abruzzo Region, the Regional Government of Castile and Leòn (Spain), responsible of the MMFNS and the Canadian Forest Service, as International Model Forest Network Secretariat. 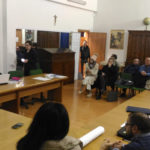 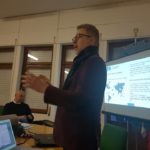 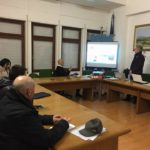