28
Mar
The meetings with the stakeholder of the Medium Aterno Valley Model Forest and the Aterno River Contract carry on.
In the last weeks, ILEX team have met several farmers of the Aterno valley and all the cultural association of the area  included in Mediterranean Mosaics Project. Aim of these meetings has been the building a network of stakeholders interested in Mediterranean Mosaics project, as well as the gathering of useful informations for the project-actions we are doing.
Following these meeting, several new actions have been planned for the next future, such as: a common day for cleaning the paths of all the valley, which will involve every associations of the area; new farmers markets to do in the main villages of the Aterno valley;  new marketing strategies for the local agricultural products and eventually new cultural and hiking activities to improve the tourism in the area. 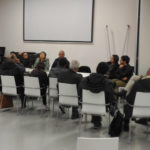 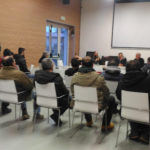